Whilst spending time developing a project with Soft Touch Arts, I was invited by Melissa to attend a workshop and meet the participants working as a part of it. This was the Mods: Shaping a Generation Fashion project for which the participants were designing clothing and other accessories inspired by the Mod subculture from the late 1950s – mid-1960s.

The Mod subculture began in 1958 in London and soon spread across the world; it started from a small group of young men wearing tailor-made suits who had a strong interest in Italian fashion.

They were termed ‘Modernists’ because they often listened to modern jazz music as well as riding a motor scooter.

Quadrophenia, the famous film about the Mod subculture, is reaching its 40th anniversary in 2019; to celebrate, Soft Touch Arts and New Walk Museum in Leicester are putting on an exhibition to celebrate the film anniversary and the stories of Mods from Leicester and Nottingham and the connection between the two cities. Running from April to June 2019, it will feature original costumes from the film itself, as well as the work of the young people working with Soft Touch to create an inspired by Mods exhibition for their centre.

Sat in their small workroom, I was greeted by the students who are part of the project. One by one, they all popped in with big folders and mood boards, excited to continue with their work. Some of them came straight from a full day of college or work but were still full of energy. 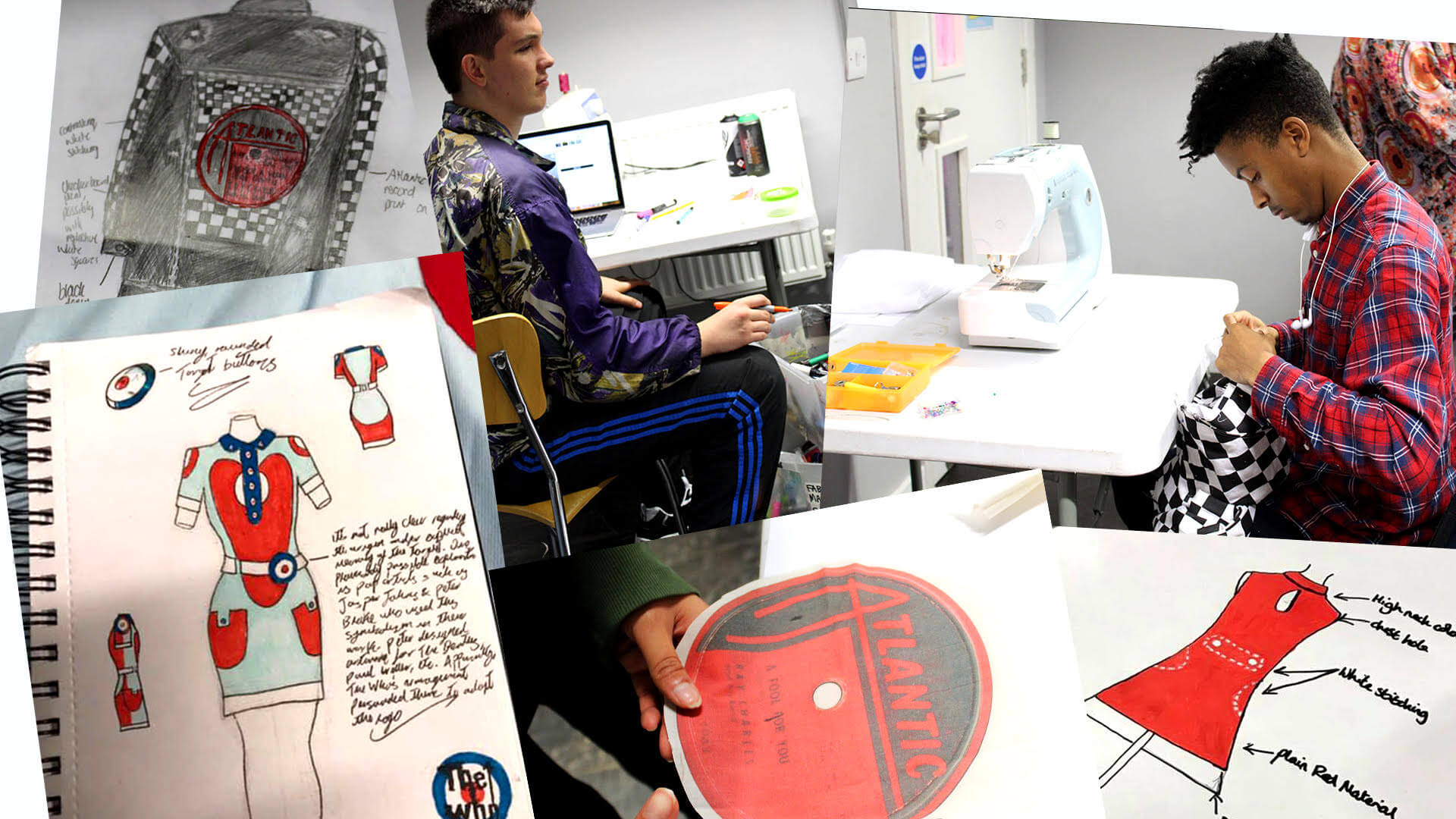 In total, there were six of them – four boys and two girls – one of which couldn’t make it to the session I was in. The turnout was a surprise, considering there are more boys in the group, but it was a good surprise. Many of the pupils had taken their work home and developed their ideas further for the clothing that they had initially started to design.

As well as carrying on with designing the clothes in their sketchbooks, Melissa (one of the Soft Touch employees who was co-leading the project) tasked them with designing a pattern on paper dresses. Paper dresses were very popular during the mods period, and so it will be an extra item that they could add to their exhibition.

Josh, one of the pupils, had an idea almost immediately and went outside in the rain to spray paint patterns on his dress. Some students painted their dresses, whilst Mitchell drew an intricate design on his using pencils and fine liners. Each student has their own individual style, which really shines through in their work.

They were all very friendly and were happy for me to ask them questions about their work. It was a great atmosphere within the small room, with each working hard but also talking and having a laugh with everyone. It made me want to join in the project whilst I was there – despite me never having made any clothing before. I will definitely be back to check on their progress soon!