I’ve always been interested in the Mods, a lot of the music that was associated with them was played in our house when I was younger. Although I enjoyed it, I didn’t realise at the time that it was linked to them, I just thought it sounded good, I still do. The real influence was watching the film, Quadrophenia, in 1979. I didn’t realise just how exciting and rebellious the Mod scene actually was. I don’t know why but even now, every time my wife and I visit Brighton, we always take in some of the locations used in the film, regardless of the fact that we’ve seen them countless times before.

While I was researching my previous book, High Flying Around: Memories of the 1960’s Leicester Music Scene, it became clear that the Mods were touching and influencing nearly every subject that I was exploring. From music and fashion, venues and people, the Mod influence was unquestionable.

While I wanted to investigate it within that book, I also knew that I wanted to develop it further elsewhere. This ambition was kick-started in late 2017 when I heard John ‘Jelly’ Nixon’s audio reminiscences that he recorded many years before at the University of Leicester’s Oral History Archive. Jelly was a ‘Face’ and his interview was pure Mod gold, over three hours of amazing conversation about life in Leicester and beyond.

Sadly, Jelly passed away in early 2017 but thanks to the work of Colin Hyde and his team, his thoughts and memories have been captured for future generations to study and research. As with High Flying Around, the point of Two City Connection was to record those incredible stories, memories and opinions before it was too late. In fact, I’ve included some extracts from High Flying Around within Two City Connection as they were just too good to leave out. 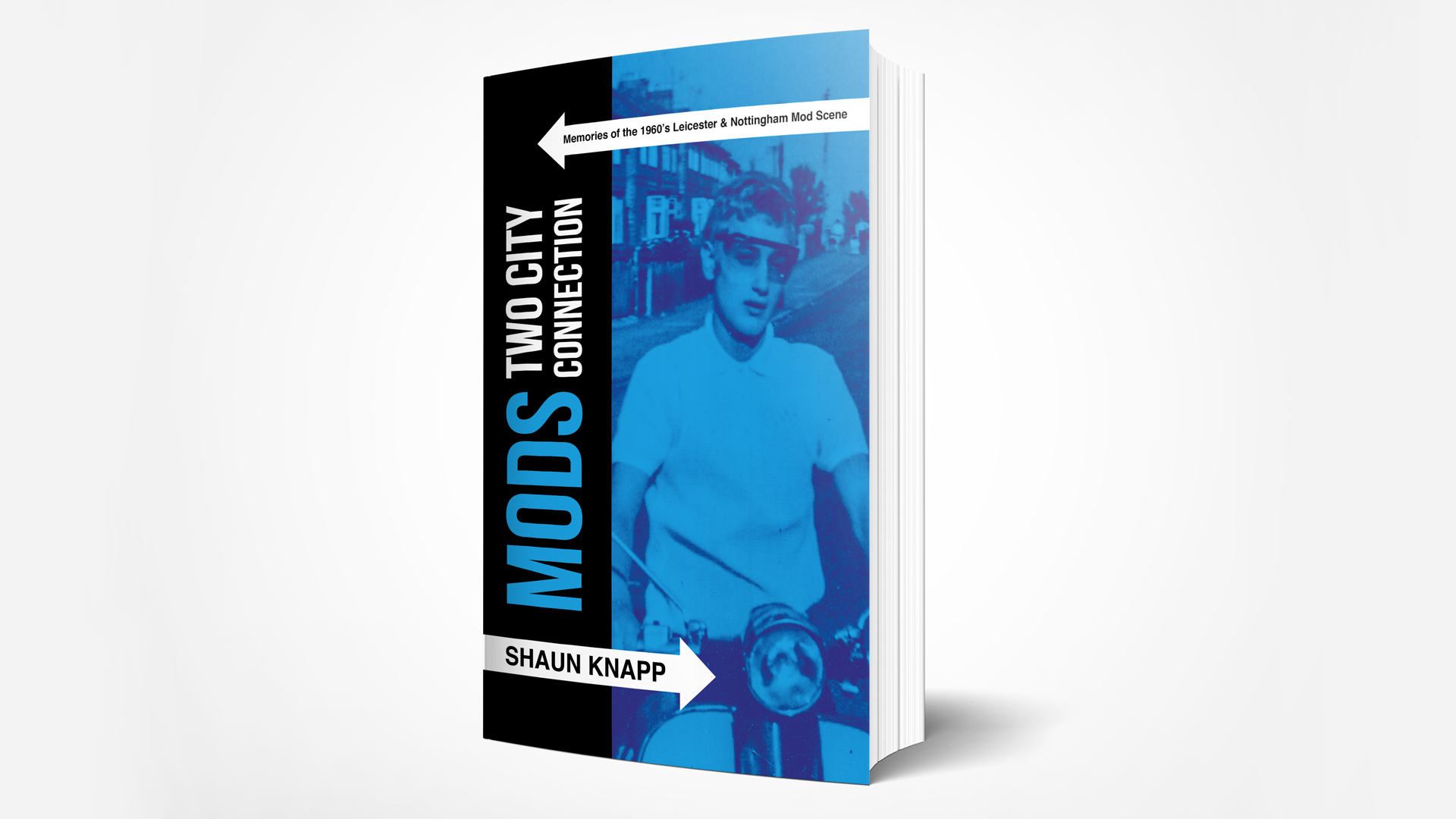 Mods: Two City Connection started out as a book about the Mod scene in Leicester, but it became evident during the research period that the Nottingham scene, in particular, the Dungeon Nightclub, was as much a part of the Leicester scene as the Il Rondo, the Green Bowler and the Casino. It worked the other way as well, with the Nottingham Mods coming to Leicester, but to a much lesser extent, most notably with visits to the Burlesque and the Nite Owl. So, the book expanded, telling the story of the Mod scenes in both cities and how they were connected, concentrating on the themes of social, financial and creative freedom via exclusive first-hand eye witness accounts and unpublished images. The book also links into the 40th anniversary of the release of The Who’s cult Mod film, Quadrophenia, in 1979 and includes a fascinating foreword by one of the film’s story consultants and author, Alan Fletcher.

It takes a generic ‘story of the Mods’ approach but told from the standpoint of young people who weren’t from the established ‘trend-setting’ areas of London, Manchester or Liverpool – they were from the East Midland Cities of Leicester and Nottingham. The book re-visits legendary hang-outs visited by the Leicester and Nottingham Mods including The Nite Owl, The Il Rondo, The Mojo, The Twisted Wheel and the Dungeon. It also includes a series of chapters written by the creatives and ‘faces’ from the two Mod scenes.

The book was extremely challenging to pull together, and it couldn’t have been done without the help of Ann Barry, Chris Busby, Joe Nixon and my brother, John Knapp, who all introduced me to people that I would never have known. With over 40 interviews, the really difficult part was knowing when and where to stop, even now I’m still meeting people that I wish I could have met about six months ago.

Hopefully, the book challenges some of the perceptions associated with the Mods while exploring several key themes including fashion, music, individuality, transport, drug use, gender and race, anti-social behaviour and legacy.

Essentially, the book is about people’s lives, it’s their story. For some of those original Mods, the process of sharing their thoughts and memories with me was nothing more than a pleasant chat over a cup of tea. To others, however, it was almost a confessional, they really wanted to get their story out there, regardless of the content. And those stories clearly demonstrate the demarcation line between Mod fact and Mod fiction; not everyone wore a parka or a suit, took amphetamines, fought on the beaches at Margate and Brighton or rode a scooter. Nor did they want to. However, many of them did exactly that. While critics may see Quadrophenia as a pastiche of what actually happened, to many the film, or aspects of it, were spot on, it was exactly how the young people of Leicester and Nottingham lived their lives as Mods in the 1960s. This book isn’t a film script or work of fiction though, it actually happened. This is real life Quadrophenia.